The UK’s Energy Future: A call for greater urgency 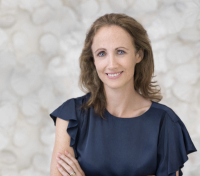 The sixth British Institute of Energy Economics (BIEE) ‘Future of Energy’ lecture was given at the Royal Society on 15th May by Sinead Lynch, UK Country Chair for Shell under the title;

The UK’s Energy Future: A call for greater urgency’

The next 10 years will be critical if the UK is to meet the targets of its Climate Change Act. Sinead Lynch, Shell UK Country Chair, explains why the company’s long experience in UK energy markets, coupled with its future scenarios for the global energy system, show a clear need for more urgent action in the power, transport, building and industrial sectors.

Sinead Lynch’s speech, which can be downloaded by following the link below, described significant achievements by the UK in de-carbonising and the positioning of Shell in this new world but also recognised that the clock is ticking and concluded that we need to do more and faster!