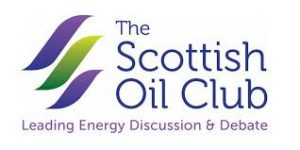 On the 7th February we attended the London meeting of the Scottish Oil Club at the Geological Society and heard an interesting presentation by Jón Ferrier, CEO of Gulf Keystone Petroleum (GKP), on the turnaround the company has undergone.

The company has a single asset, the giant Shaikan field, in the politically sensitive, autonomous Kurdistan region of Iraq.  Jón took on the role as CEO in May 2015.  He was brought in to put the company on a safe footing and bring about a commercial re-birth.  The company had huge debts, the oil price had crashed and interest in the region was at a real low.  He explained how the company has reduced its OPEX, reduced debt through a balance sheet restructuring via a debt to equity scheme and been put on the growth path.  Debt has reduced from over US$600 million to US$100 million (bond).

He also went on to explain how the company plans to further develop the field and increase production from a declining level of under 40,000 bopd to 55,000 bopd by Q1 2020 and then onto 70,000 bopd.  To do this they had to reduce debt, reduce operating costs to US$3 per barrel, increase confidence in the board and the company and invest in the development of the field.

Jón stated that the company now has a cash surplus allowing it to invest in the expansion of the field, drill new wells and increase the facilities allowing production to increase over the coming year.  He also emphasised the safe working policy and how the company has been very careful to train and invest in its people many of whom are nationals.

The Shaikan field was discovered in 2009 by GKP with the first well on the block.  It was declared commercial in 2012 and came into commercial production in July 2013.  The field is a giant with over six billion barrels of oil in place (STOIIP) located in Cretaceous and Jurassic carbonates.  The oil is heavy (14-20 deg API) and sells at a discount to Brent.  There is light oil and gas condensate in the deeper Triassic formation.

The presentation was a ‘good news’ story for a company that was in a difficult situation at a time when many oil companies were hitting the wall.  GKP deserves the success it has fought hard to achieve and we hope that the good operations continue to achieve the new targets and commercial success.

A copy of the presentation is available on the GKP website at: